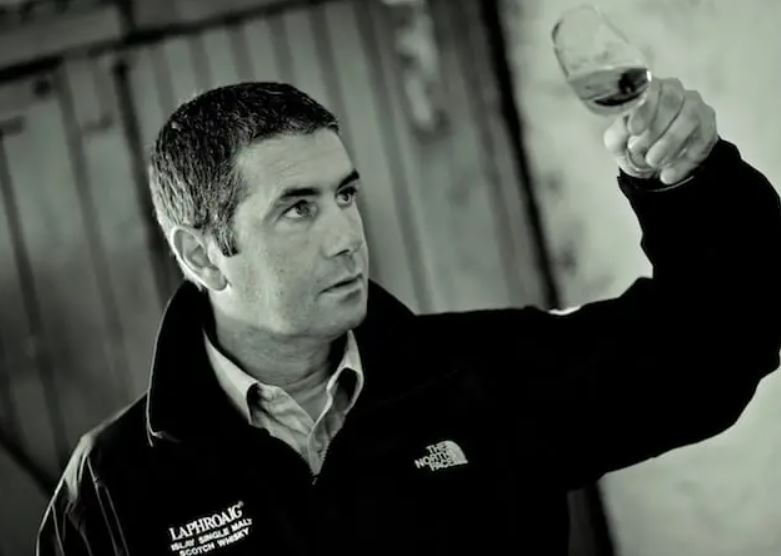 I am writing today because I wanted you to be the first to know that, after much thought, I have decided that the time has come for me to step down as Laphroaig’s Distillery Manager. For a long time, I’ve been travelling between Islay and the mainland to be with my family. Especially after the last two years we’ve all experienced, I’ve decided to make a permanent move to be closer to them and to take up a new challenge at an independent distillery company, so I will be relocating from Islay in mid-November.

As you can imagine, this was not an easy decision for me. I have been at Laphroaig for more than a quarter century, and I’m proud to have been the longest-serving Distillery Manager in its history. Following in the footsteps of legends like Ian Hunter and Bessie Williamson has been the privilege of my life.

More than anything, I would like to thank the Friends of Laphroaig for all your support throughout my 27 years at Laphroaig and my nearly 16 years as Distillery Manager.

It’s support that comes in all sorts of forms – from helping me grow the visitor experience at the distillery, supporting the creation of core whiskies in our range, sharing your ideas on what would make good Cairdeas bottlings, always being honest about how you would like Laphroaig to be. Over the years, we have created a Laphroaig tartan, celebrated together at our bicentennial events all around the world, sung with the Laphroaig choir, met on Islay at Feis, and throughout the year, and best of all, we’ve shared many drams of Laphroaig together.

I am also sure that thanks to your passion and loyalty, Laphroaig will remain the most renowned and beloved peated single malt on the planet and will continue to go from strength to strength. Over the next two months, I’ll be working closely with our expert Distillery team to hand over the reins and a new Distillery Manager will be announced in due course. I know you will welcome them with open arms, as you welcomed me.

It’s an honour to call myself a Friend, and I wish all of you the very best.